How great is our God. I would like to share with you a little bit about myself and how our precious Lord drew me to Himself in 1996. All glory to Jesus! 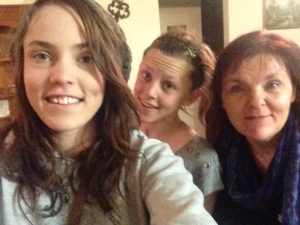 I once was lost.

Then I Met Jesus.

I am so thankful that my friend was faithful to keep sharing the gospel with me. Eventually the Lord convicted me of my sin and my need to be forgiven. I knelt down on my lounge room floor and gave my life to Jesus, repenting of all my sin and trusting in Him for salvation. From the very beginning I fell in love with Christ and was so aware of His presence with me. Hallelujah!

Many things I’m sure, university degree is planned, more travel, preaching, singing, more serving in the church, God willing. My desire is to follow Him in all things. To be completed surrendered to His will and to bring Him glory and praise. To shine for Jesus!

My blessed brothers and sisters, I pray that my testimony is a blessing to you and has encouraged you today. May God draw you closer to Himself and give you a heart to serve Him. You are gifted and much loved! In Jesus’ Name. Amen!